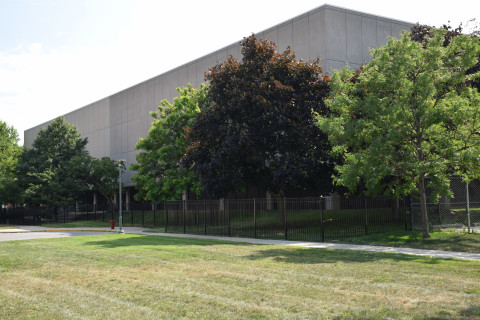 The Center for Research Libraries’ (CRL) collections are built, catalogued, preserved, and made available by dedicated people. Recently, CRL learned of the passing of one such individual, Donald (Don) Simpson, CRL’s president from 1980-1999.

After receiving his bachelor’s degree in 1964, Don enlisted in the United States Air Force and served during the Vietnam War. Don earned the rank of Captain during his service abroad and upon his return to the United States, he filled the position of acting Lieutenant Colonel and was second in command of the entire Maintenance Division at Plattsburgh, New York at age 26. After his honorable discharge, Don earned a Master’s degree in Library Sciences and began his life-long career in library cooperation and information provision systems.

Before moving to Chicago to accept the position as CRL’s third President, Don was the Executive Director at the Bibliographical Center for Research in Denver, Colorado from 1975-1980. During his 19 years of service as CRL’s President, Don authored and edited several books, articles, and grants in addition to managing two major building projects. Kenwood I was built when CRL outgrew its original location and Kenwood II was later added to Kenwood I as an expansion of the facility. While few who worked with Don remain at CRL, he is still remembered for the building that houses our current staff.

CRL sends our condolences to the family and friends of Don Simpson and our gratitude for his 19 years of service to CRL, research libraries, and scholarship.