Newspapers from Kazakhstan, Kyrgyzstan, and Uzbekistan preserved by SEEMP 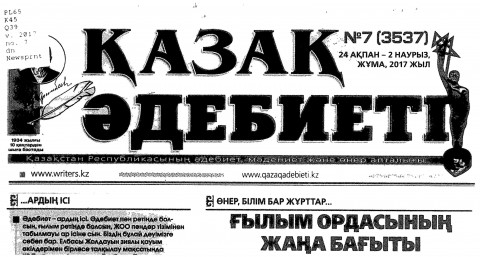 The Slavic and East European Materials Project (SEEMP) has preserved a large set of newspapers from Kazakhstan, Kyrgyzstan, and Uzbekistan.  These newspapers were collected by Dr. William Fierman, Professor Emeritus in the Department of Central Eurasian Studies at Indiana University and extend the collection SEEMP preserved in 2016.  Microfilm copies of these newspapers are held at CRL and are available for members of SEEMP and CRL to borrow.

As a complement to Dr. Fierman's collection of Qazaq ădabietī, Liladhar Pendse (Slavic and East European Studies Librarian at the University of California, Berkeley) proposed and supplied additional years of this title.

Titles in this set of Central Asian newspapers include:

Vatanparvar  1992-2008
Uzbek military newspaper, organ of the Ministry of Defense

Slavic and Eastern Europe
See All