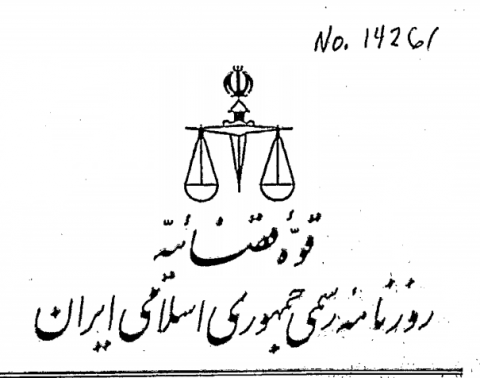 CRL is nearing completion of a two year project to digitize government documentation from ten African and Persian Gulf nations where the integrity of the public record is known to be at risk. To date, CRL has scanned nearly 15,000 official gazette issues--over 400,000 pages--and is making the documentation accessible in an open access repository to facilitate free access for scholars as well as for the populations in the regions of origin.

Official gazettes are key documents of civil society: they contain the texts of new laws, decrees, regulations, international treaties, legal notices, legislative debates, and court decisions. In many jurisdictions they provide the only published versions of a nation's primary law.

Of note to Middle East scholars is the availability of the Iraq Gazette, al-Waqai` al-`Iraqiyah (الوقائع العراقية), for the years 1990-1999. These volumes were recently acquired by CRL when it was discovered that copies of these years were inaccessible to scholars in North America (embargoed in the aftermath of the Gulf War).

CRL is working with LLMC to source and digitize content from CRL and partner institutions, including University of Chicago, Columbia University, LA Law Library, New York Public Library, and Princeton University. The files are hosted on CRL’s Digital Delivery Server, which enables issue-level browsing and text searching within each item. LLMC will share access to the digital files to enhance discoverability and enable cross-searchability with other international legal content in LLMC-Digital.

CRL has already exceeded page count targets set for the program, and continues to add content, including gazettes and related content harvested from the web (both digitized and born-digital).The project is funded in part by the Carnegie Corporation of New York.