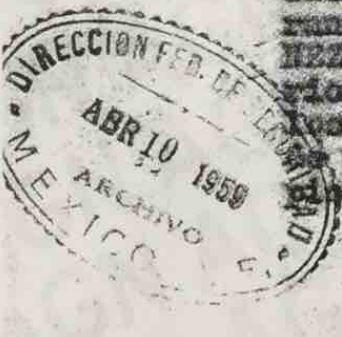 The digital archive, now available in its initial stage, will eventually include up to 300,000 documents dating from the 1940s to the 1980s. The materials include handwritten and typescript reports by agency personnel and their agents on political activists, labor officials, and other organizers in Mexico.

The security archives were originally opened to the public in 2002, providing citizens, journalists, and academics with a wholly new understanding of one of the longest-lived single party regimes in history. In 2015 the Mexican government imposed new limits on access to the archives. Under the direction of Paul Gillingham, Associate Professor of History and Director of Northwestern's Latin American and Caribbean Studies Program, the MIDAS project was established to gather documents scanned by researchers during the time the physical archives were available.

The MIDAS materials will be mounted on CRL's DDSNext server, allowing enhanced browsing and search features. The documents will be made full-text searchable where possible, with the exception of those containing handwritten text (and subject to source image quality). To enhance the discoverability of MIDAS resources descriptive metadata will be added to each document over time.