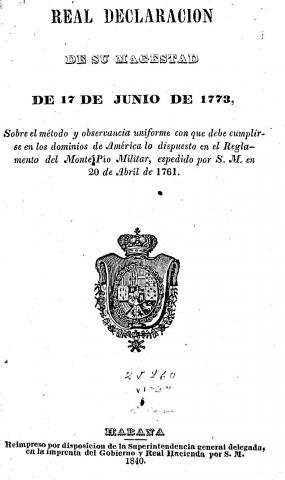 The Cuban Legal Patrimony Project builds upon the success of the Haiti Legal Patrimony Project. After a devastating earthquake in 2010 caused widespread destruction of library collections there, LLMC digitized and provided online access to nearly all of Haiti’s public domain published laws, statutes, and regulations. By preserving this legal patrimony and providing a safe, off-island haven for these materials, LLMC helped support re-establishment and maintenance of the rule of law on the island. Materials digitized are now available on LLMC Digital and the Digital Library of the Caribbean. Both provide free access in the Caribbean. A print bibliography, The Legal Patrimony of Haiti: An Annotated Bibliography, edited and translated by Richard Amelung, was published by Hein in 2016.

There is a similar need for the collection and preservation of Cuban legal materials. To date LLMC has identified over 1,000 titles for digitization, including various versions of Cuba’s numerous constitutions, a number of early treatises, and longer series like the Colección Legislativa. Approximately 20 percent of the titles have already been digitized. LLMC is working with CRL libraries and other content contributors, including the Library of Congress, the University of Florida, the University of Miami, and Columbia University. In addition to these U.S.-based collaborators, the Biblioteca Nacional de Cuba José Martí (the Cuban National Library) has agreed to assist in identifying and adding to the bibliography documents that cannot be sourced elsewhere. Once digitized these Cuban materials will be available to all CRL and LLMC member libraries, as well as to researchers worldwide studying Cuba’s history, literature, and culture.

Since 2010, CRL and LLMC have worked together to identify, preserve, and provide digital access to important, at-risk primary legal and government publications from the U.S. and other national jurisdictions. The partnership between CRL and LLMC digitizes critical primary source publications of interest to the CRL community and provides access for all CRL members to the rich collection of materials in the LLMC Digital database, while archiving print originals to ensure the survival of legacy primary government and legal publications.

Professor Sharika Crawford was excited to see the collection of several newspapers published at Guantanamo Naval Base in Cuba preserved by the Latin American Materials Project (LAMP) and available openly through the Digital Library of the Caribbean. These Guantanamo newspapers include Gitmo Review (1963-1964), Daily Gazette (1980-1987) and others, which offer articles on national and foreign news as well as local events and sports.