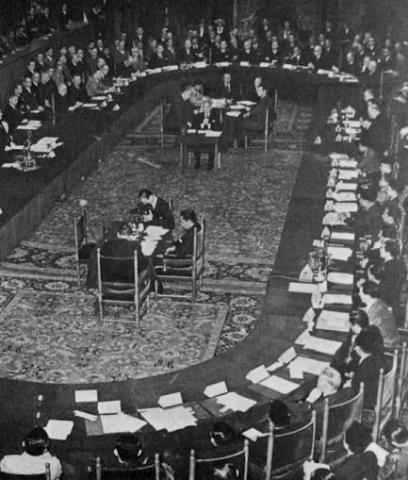 The Center for Research Libraries will acquire six valuable microform collections through this year’s Purchase Proposal Program, with a list price value of $138,643. Once acquired, the collections will be available through interlibrary loan from CRL.

Many major microform and reprint sets and collections are too costly for individual institutions to purchase, and are not usually available through interlibrary loan. Through the Purchase Proposal Program, CRL libraries nominate microform and hard copy collections for CRL purchase. Participation in this cooperative acquisitions program is one of the benefits of CRL membership.

This year CRL members nominated and voted to acquire the following sets:

The official gazette of Egypt and the first newspaper published in the Middle East, this publication provides insights into political, social and cultural life in Egypt and the Middle East in general. The title is proposed as a three-year purchase, acquiring 1828-1900 this year, and the remaining volumes (1901-2016) over the next two years. Funding for subsequent years comes from a separate fund for continuing purchases.

Periodicals from 1878-1991, including the following titles:

The Dutch Political Conflict with the Republic of Indonesia, 1945-1949

This series covers not only in the pivotal years 1945-1949, but also extends into the early 1960s to cover decolonization of Netherlands New Guinea. It will also reach back into the 1930s and the years of war and occupation (1942-1945). [Information provided by vendor].

The founding of the State Institute for War Documentation in Amsterdam in May 1945 was anticipated during the last years of the German occupation of the Netherlands. The Institute’s priority was to collect documents of historical value relating to the occupation, especially those in the possession of private citizens, where preservation might not be certain.  Forming an almost complete collection of the vast number of newspapers circulated clandestinely during the war, this material ranges from primitively handwritten or typed sheets containing simple daily news items to professionally edited and printed papers filled with political articles and views. It provides invaluable data on every conceivable aspect of a West European nation during the Second World War, a rich source for historical and sociological research. [from vendor]

This collection documents the eventful history of Russia during the revolutionary era, from the perspective of metropolitan and provincial newspapers and journals published by the most radical political forces. Furthermore, these materials shed new light on the relationship of the anarchists with the Bolsheviks and the Soviet State, and also reveal the impact of anarchist ideas on the literature and art of the period. [From the vendor]

One additional collection was approved for purchase, but acquisition is dependent upon CRL securing the requisite permission for duplication by the Library of Congress:

La Nación was founded as an independent paper in January, 1917, but in 1927 was taken over by the state. Since then it has remained under government control. Following the 1973 coup that overthrew the government of Salvador Allende, La Nación became a tabloid and briefly changed its name to La Patria. Two years later it changed again, to El Cronista. Since the 1980's the name reverted once again to La Nación. During the 1980s, La Nación became the official voice of the Pinochet government, and included much government propaganda. In 1990 the newspaper changed to a center-left ideology during the period of the Concertación, and in1991 published in full the Rettig Report (the outcome of the Comisión de la Verdad y de la Reconciliación). The report listed killings and disappearances by the security forces and thousands of other human rights abuses.

At CRL’s 2018 Global Collections Forum, Julie Sweetkind-Singer, Head of Branner Earth Sciences Library and Map Collections at Stanford University Libraries, discussed how satellite imagery and large geospatial datasets are being used as source materials for scholars in a variety of disciplines, and the new types of library support they require.
END_OF_DOCUMENT_TOKEN_TO_BE_REPLACED