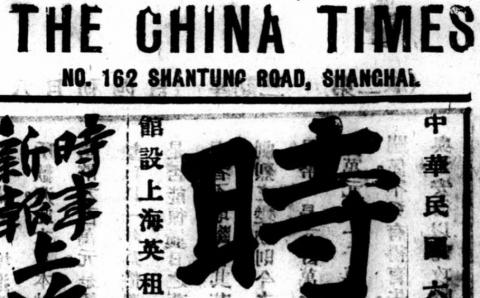 Late Qing and Republican-Era Chinese Newspapers has been released as the first Open Access collection coming out of the Global Press Archive (GPA) CRL Charter Alliance, a multi-year, flagship collaboration between CRL and East View Information Services. The collection, ultimately comprising 500,000 pages from hundreds of titles published in China between 1912 and 1949, is hosted on East View’s GPA platform with robust search functionality for multi-language content.

For the initial collection, a CRL Advisory Committee consulted closely with subject experts from member libraries to select key newspapers published in China during the transition from imperial rule to the establishment of the People’s Republic. Republican China (1912–1949) was an era of contrasts, seeing industrialization and modernization, but also civil unrest and outright war between Nationalists and Communists. At the same time, China faced invasion from imperialist Japanese forces in the run-up to World War II. At the conclusion of the war internal fighting continued, ultimately resulting in victory of the Communist forces and ejection of the Nationalists to Taiwan.

CRL sponsored the Global Press Archive through a Charter Alliance, with 74 CRL and NERL libraries committing $4.25 million to help launch the first three years of the project. Plans call for the collaborative undertaking ultimately to deliver up to 4.5 million pages of content, including 3 million pages of public domain or “orphaned” material available through Open Access and a remaining 1.5 million pages of in-copyright content accessible to all CRL member institutions. In addition to hosting on the GPA platform, East View will provide all of the files and metadata to CRL for local hosting, with eventual support for computational analysis available on request.

Future collections prioritized by the CRL community include publications from the Middle East and Latin America and other thematic groupings. The principal content source is Stanford University’s Hoover Institution, a major corpus of twentieth-century newspapers, supplemented by rich holdings from CRL’s collection as well as other contributing institutions. These historical newspapers, made accessible online for the first time, will offer an enormous new body of primary source materials for the study of politics, international affairs, war, migration, and trade in the twentieth century up through the Cold War period.

The Global Press Archive Alliance demonstrates how the collective influence of more than 200 academic and independent library members of CRL can leverage an opportunity to create wide accessibility for world newspapers that would otherwise be unavailable to a global audience.