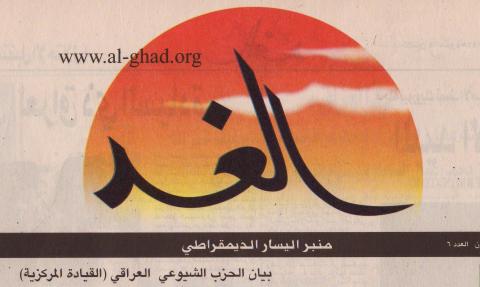 The Middle East Materials Project (MEMP) has microfilmed several Iraqi newspapers published in Baghdad after the 2003 invasion.  The newspapers were collected by the Library of Congress Field Office in Cairo.  In the months following the U.S. invasion of Iraq in 2003, a flood of new newspaper titles hit the Iraqi streets, published by various political parties and institutions such as the Organization for Fayli Kurds, the Political Prisoners’ Organization, the Democratic Reform Party, etc. The titles included in this project provide a snapshot of the transformations and transitions taking place in Iraq at the time. Many of the titles have since ceased publication.

In addition to this first set of Baghdad newspaper titles, MEMP has approved another set of similar titles to be microfilmed later this year.

Titles already microfilmed, with the dates of MEMP holdings, include:

In FY 2018 the Middle East Materials Project (MEMP) microfilmed Arab-language publications from several diaspora communities in non-Arab countries, including the UK, Japan, the U.S., and Poland. These resources continue to affirm MEMP’s role as a provider of rare and distinctive documentation for scholars.
END_OF_DOCUMENT_TOKEN_TO_BE_REPLACED