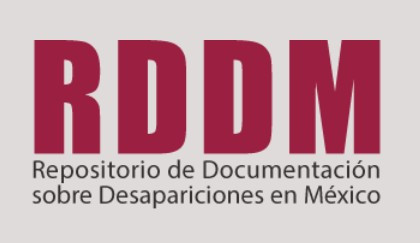 Since the beginning of Mexico's Drug War in 2006, more than 60,000 people have been officially registered as disappeared, many with the involvement or complicity of state agents. In this context, access to justice is far from guaranteed due to structural impunity and the lack of due diligence by the state at its different levels.

CRL was awarded a planning grant in May 2019 to develop an operable strategy for preserving formal and informal documentation on human rights violations during this turbulent period in Mexican history. The findings of the investigation based on interviews with dozens of stakeholders in Mexico concluded that a repository of documentation and information related to disappearances (rather than a statistical database on disappearances itself) was necessary and useful.

The RDDM is a collaborative initiative that seeks to gather and safeguard human rights documentation on the disappearances of people in Mexico taking place during the Drug War, with the aim of becoming a tool that will make the various dimensions of the crisis visible, and contribute to the right to truth, memory, and justice of victims in particular and Mexican society as a whole.

The core of the initiative is to develop a system to gather, protect, and preserve digital information. Materials to be preserved include public government reports and records, as well as investigations and reports produced by journalists, academia, and non-governmental organizations. It is envisioned the project will also aggregate information published in social media and audiovisual materials, in addition to information gathered by family members and groups (colectivos de familiares) searching for their missing relatives.

The RDDM will seek to bring together experiences from various sectors such as libraries, academia, human rights organizations, relatives of victims, journalists, and technical assistance providers in the fields of documentation, archives, and historical memory. While the vast majority of the effort will be undertaken in Mexico by the project partners, CRL will play a role in coordinating and project management, providing technical advice, and engaging an appropriate partner to serve as a backup RDDM server host outside Mexico. In addition, CRL will publicize the project, solicit funding and in-kind support from funders and North American libraries, and help facilitate and encourage researcher access to repository materials.

The RDDM is interested in collaborating with various state and non-state actors and linking to existing initiatives and future projects, while providing a single point of reference for consolidating and preserving documentation and research findings, and helping ensure their discoverability and accessibility for the future.

In the short-term, RDDM will make materials publicly accessible via a user-friendly platform. The ultimate goal of the effort is to ensure the long-term integrity of critical documentation for purposes of truth, justice, and historical memory.